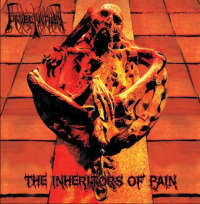 1st album of Greek death/black metal originally released in 1996. Now they became much more death metal but at that time they played so called Greek style keyboard oriented black/death in the vein of Rotting Christ. This is 2016 reissue including "Oblivious..." EP 1993, "Petrified Remains" demo 1991 and 1992 recording as bonus.