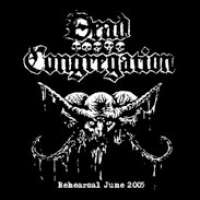 Greek death metal who had been playing at many festivals. This 7" contains their rehearsal in 2005 and you can hear the early form of the songs from their 1st album "Graves of the Archangels". Originally released on tape in 2007. This is 2015 7" reissue. No editing, mixing, orverdubs, it's rawest and purest death metal!