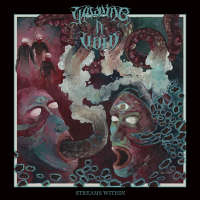 Yawning Void was formed in 2016 by the members of Solothus, Sepulchral Curse etc... from Turku/Finland. CD version of their 1st album "Streams Within" is released by Weird Truth in 2019. Mid-paced drumming sinking into the depth of deep water. Bass line is generally straightforward doom/death one but sometimes their bass player doesn't hesitate to show off his ability of bass playing. Their music is based on classic doom/death but they also add some black metal elements. Eerie atmosphere created by keyboard. Solemn and majestic mood and subtle sorrowful melodies. Doomed sound echo in the deep void!