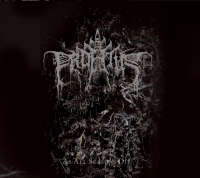 New EP from Finnish funeral doom master. As the title represents, this EP is including 4 tracks based on every season. The song of Autumn, which is the gloomiest season, "Dead are Our Leaves of Autumn" feature guest appearance from Mournful Congregation's Justin Hartwig. As all seasons die, they bring you to the land of gloom and bleakness...